I really, really, really loved this story. Adored Tracy. Drooled over Cord. Wanted to be a member of the Brandt family. I totally didn't care about anything that might seem implausible. DIDN'T CARE!!

Tracy Brandt is this fantastic "every man" with a self-deprecating sense of humor, a fantastic family, a job he loves and great friends. While at work one day some shit goes down! It kinda sucks but draws his ex, Breckin, (dumb name) back into his life.

Cord Nolan is a homicide investigator who used to be partnered with Tracy's brother Alex. He takes the case (which considering the family/friend ties I'm not sure he could have done IRL? But I DON'T CARE!) and sets out to protect Tracy (and other things I don't care about) and conquer his heart too! Wheeee......

Cord and Tracy have known each other for something like 5 years (I don't care how long, it's still fuckin' awesome) and first impressions were...well...not good for horn dog Cord. While there is some major sexual tension between the two of them Tracy, Mr. Relationship, is totally not going there with Cord. And life goes on.

As does Tracy's brother Alex and Cord, Alex's former partner and still BFF.

Cord offers comfort. And he is growly and possessive and all alpha and it's amazeballs!

There is a mystery sub-plot here and I DON'T CARE! Because this story for me is all about Tracy and Cord!

I love...nay...adore the way Cord pursues Tracy. He's frustrated, exasperated, scared, nervous, hopeful, passionate, tender, angry and...and..and...ALL THE FEELZ! And alpha on top of it all. And he is an alpha that can show that small amount of vulnerability and still look tough as shit doing it.

Easing closer, I heard how rough his breathing was, felt the slight tremble in his touch, and saw his gaze move to my mouth.

"I think about you all the time," he said on an exhale, cupping my cheek. "But you don't see me now; you only see how I was."

Tracy kicks ass. He's all in man. Once he buys what Cord is selling he is fuckin' ALL IN!

What I loved is the fact that once these two were all in, that's it. It was serious from day one! It worked because of their off page history. Even though we didn't see it, didn't live with with them, I believed it. Every second of it.

So the mystery thing was okay. I mean, I totally figured out who it was when the guilty party was introduced but that's okay. Again, the mystery wasn't the story. It was the impetus to get my boys together and keep them in close proximity for awhile.

The smex was infrequent but I DON'T CARE! Because what was there was smoking hot dude! I was binge reading in a Chinese restaurant during lunch before coming to school today and I was totally blushing! And re-reading. And the FEELZ!

Cord to Tracy during the first smex!

"If you give me permission, you can't ever take it back. You're done and I'm moving in and you're getting a ring. You're stuck with me 'til you're dead, so you better think."

"Because that was never you, and now it's not me. So let me love you or I'll go."

"Oh fuck," I cried out as he fisted his fingers in my hair, releasing my dripping cock, and shoved me facedown into the bed.

"Now," he yelled, hammering into me, gripping my hips tight, allowing for no wiggle or squirm, no movement of any kind. "Do you want me to love you? Yes or no."

The kiss was hard and slow, and I took my time because all I really wanted was to taste him. He closed his eyes, and I kissed his throat and his jaw before returning to his mouth. He moved his hands over my chest and down across my stomach to the snap on my jeans. He was not gentle and tugged the snap open roughly. I dug my fingers into his shoulders to bring him close, and he smiled down at me before covering me with his big, hard body, crushing me gently under him.

"I'm lucky you finally saw me," he whispered against my mouth.

And I could write a million words here and not express how happy this made me. Instead I'll speak with my weeping credit card and go forth and purchase a good portion of the Calmes back-list. 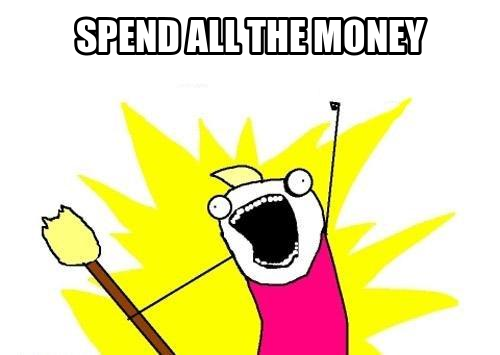 And highly recommend to lovers of M/M feelz! And tender alphas. And cool families. And you know...all of the above!
Tweet